With this recent addition to Facebook’s cool apps, fun, wacky and hilarious face-swapping would now be possible with Facebook. With tons of cool instant face-swapping images to choose from – such as Leonardo de Caprio’s Oscar picture, gorilla face and even Ironman – to overlay your video selfies and images, social media’s really heating-up the competition.

Masquerade (MSQRD) app was developed late 2014 by Eugene Nevgen, Sergey Gonchar and Eugene Zatepyakin. The app lets social media users use fun masks and special effects both on their video selfies and share them with their friends on a wide range of social media platforms.

Currently, the Masquerade app tool has been downloaded 12.6 million times since its debut on December 2015 and is most popular in Russia where its download share among apps is 22.4% followed by those in the United States whose share is 15.5%. Facebook’s acquisition of Masquerade involves an undisclosed amount though, so it’s up to people in guessing how much it cost the social media giant to acquire Snapchat’s Lenses tool contender. Masquerade is a company based in Minsk, Belarus.

Facebook said that it would let MSQRD to remain, for now, as a standalone app and free-of-charge downloadable app. This recent acquisition of the world’s leading social media adds to Facebook’s numerous creative tools that includes stickers, video editing tools, finger doodles and other personalization tools that would let users explore their creativity.

In buying MSQRD app, Facebook has acknowledged that the startup company had created a cutting-edge imaging technology for video which Facebook plans to continue enhancing to provide the ultimate video satisfaction for its users.

Masquerade’s video imaging effects are somewhat comparable with Facebook’s rival Snapchat Lenses app which have gained so much users that it started charging users for some of those filters which it offers. Snapchat’s Lenses tool was launched last February.

Compared to Facebook, Snapchat has a smaller audience; 100 million daily users as compared with Facebook’s more than 1 billion, but Snapchat has an increasing number of users and its influence has grown due to an extensive and tactical campaign of partnering with traditional media companies, sports groups and associations and organizers of live events. Both Facebook and Snapchat claims that each have an average of 8 billion video views by its users across the globe on a daily basis.

Snapchat is a social media platform that specializes in video messaging and the “disappearing image app” which has a growing influence among users. Snapchat was cofounded by Bobby Murphy along with Evan Spiegel and Reggie Brown Poster while studying at Stanford University. Bobby Murphy is the world’s second youngest billionaire at the age of 26 (birthday: April 1, 1989) and is Snapchat’s CTO (Chief Technology Officer) that leads it’s development teams for improvements of the social media app. Murphy is a Filipino-American whose mother emigrated from the Philippines and working with husband as state employees of California.

Interestingly, Facebook tried to buy Snapchat in 2013 for a whopping $3 billion which Snapchat politely declined. 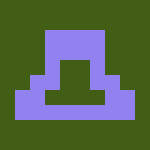